Deputy President William Ruto has once again slammed ODM leader Raila Odinga over the latter’s renewed push for a constitutional change ahead of 2022 General Election.

Reacting to Raila’s remarks that Kenyans should embrace for a radical change, Ruto said the only meaningful change Kenyans should expect and yearn for is how to improve their living standard.

READ ALSO: Raila says he’s not a witch but a doctor with a desire to heal Kenya 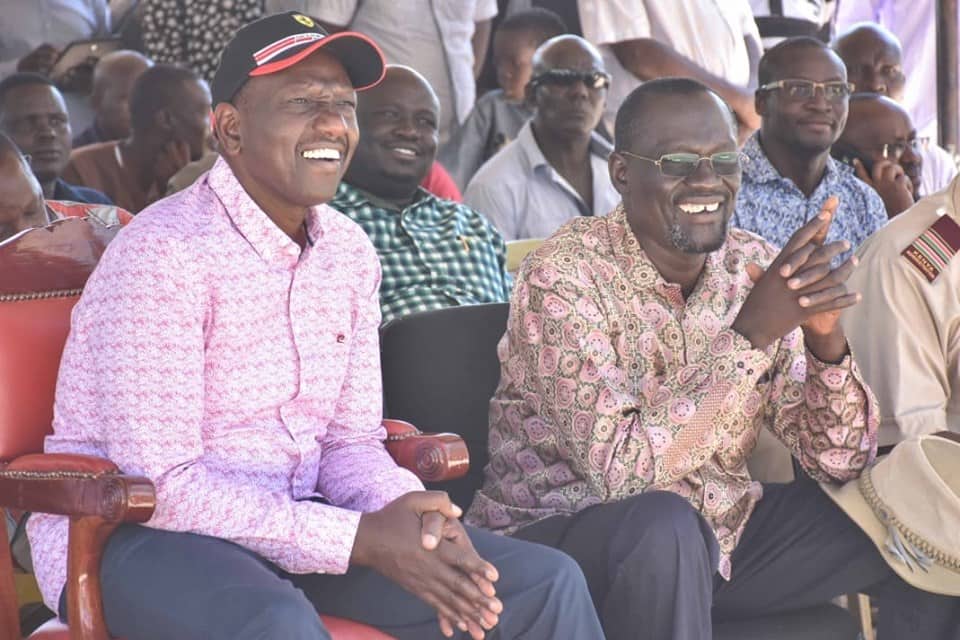 William Ruto and his host Governor Nanok on the right in Turkana on Saturday, May 11. The two leaders have told off Raila over referendum call. Photo: William Samoei Ruto/Facebook.
Source: Facebook

The politician who was in Turkana to launch commission various government projects on Saturday, May 11, said it was laughable some people were concerned about their welfare rather than addressing challenges facing Kenya at the moment.

“There are some people who think the only change they can do is to create more positions and power for themselves. What Kenyans are waiting for is how to build more roads, hospitals and schools. We are telling them Kenya does not belong to politicians alone,” he said.

At the same time host Governor Josephat Nanok differed with his party boss Raila while urging pro-referendum politicians to go slow on the matter and redirect their energy on development.

At a public function in Nyatike, Migori county on Friday, May 10, the Opposition chief observed Kenya was sharply divided along tribal lines amid intolerable corruption which he said would only be corrected through radical changes.

“ Kenyans have been divided, there is so much hate, there is so much fear that the country cannot grow. At the end of this journey that we started with Uhuru, there is going to be new Kenya. You cannot resist change. If you try to, it will overwhelm you. An idea whose time has come cannot be stopped,” he said.

Do you have a life-changing story you would like us to publish? Please reach us through new[email protected] or WhatsApp: 0732482690 and Telegram: Tuko news.

The girl with a hole in her heart – TUKO TV