– According to Somalia deputy police chief, the attackers had targeted a convoy escorting officials and lawmakers to the presidential palace

– Eleven others were injured and several vehicles destroyed

Former Somali foreign minister, Hussein Elabe Faahiye, was among five people killed on Wednesday, May 22 after a car bomb exploded in Mogadishu near the presidential palace.

The Information Minister, Mohamed Abdi Hayr confirmed that Elabe , who served under former premier Ali Mohamed Gedi in 2007 and was an advisor to the current minister, was among those killed. 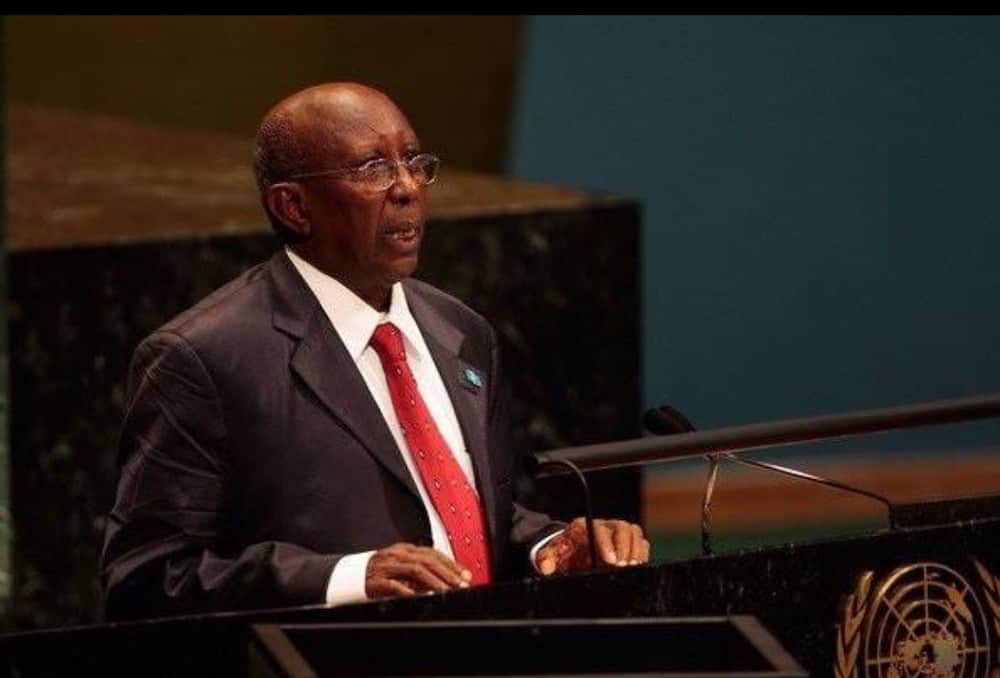 A statement by the Deputy Police Chief, showed the bombing was claimed by Islamist militant group al-Shabaab, which said it had targeted a convoy escorting lawmakers to the presidential palace.

“The security forces stopped a vehicle loaded with explosives which was aiming a security forces base. We have confirmed five killed and 11 wounded in the blast,” said the deputy police chief

“Several vehicles were destroyed in the blast and ambulances rushed to the scene to collect wounded people,” said an eye witness.

The attack happened a day after three delegates from the horn of Africa country were detained at Jomo Kenyatta International Airport (JKIA) on Monday, May 20, while on a trip to Nairobi.

According to local media houses, the three were denied access after they only presented their Somalia passports while those with Western and European passports were allowed into the country.

The officials were visiting Kenya to attend the launch of the European Union (EU) Trust Fund for Africa programme – Collaboration in Cross Border Areas of the Horn of Africa due to open May 21.

Why Kenyan men are depressed I Tuko TV