Bungoma senator Moses Wetang’ula has silently jetted out of the country amid high voltage probe into a multi-million fake gold scam in which he was widely mentioned.

The embattled Ford Kenya party leader is said to be on official trip which comes at a time when the local investigative agencies are tightening the noose on key suspects in the fake gold scam that has strained diplomatic ties between Kenya and the United Arab Emirates (UAE). 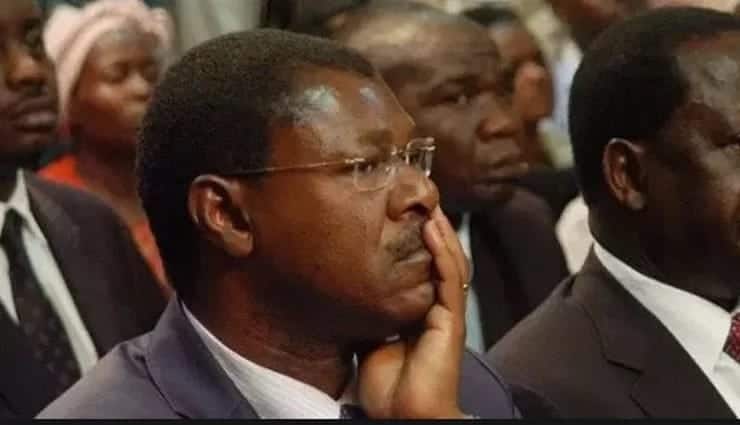 Moses Wetang’ula was put at the centre of fake gold scam after a recorded phone conversation between the senator and Dubai-based businessman went viral on social media. Photo: KahawaTungu.
Source: Facebook

Wetang’ula’s foreign trip was confirmed by Senate Speaker Ken Lusaka who was quoted by the Daily Nation saying the Bungoma senator was part of a House delegation that flew to Hong Kong to attend a Senate business meeting.

“He (Senator Moses Wetang’ula) is out of the country on Senate business in Hong Kong,” Speaker Lusaka said on Saturday, May 18.

The Ford Kenya leader found himself in deep trouble when an audio recording of his conversation with a man believed to be Ali Zandi, owner of Dubai-based gold trading company Zlivia which has connections with Saudi royal family, emerged on social media.

In the viral audio clip, the UAE businessman who suffered massive losses in the gold scam could be heard demanding an explanation from Wetang’ula, who in turn invoked names of former prime minister Raila Odinga and Interior CS Fred Matiang’i.

President Uhuru Kenyatta’s name also came up in the conversation around the scandalous gold export deal.

The Directorate of Criminal Investigations (DCI) boss had confirmed they were investigating the allegations implicating the vocal senator in the fraudulent gold business which saw the foreign investors from the UAE lose over KSh 250 million.

In response, Wetang’ula defended himself saying he was also a victim of the scam claiming he lost a lot of money to the fraudulent gold dealers.

How to Study in the USA for Free (3 Tips)

Uproar After ‘Cartels’ Disappear With Ksh2Million Meant For SMEs