ODM, Jubilee MPs in ugly Twitter spat over who between Ruto and Raila is conman

A war of words has erupted between MPs allied to the ODM party and those from Jubilee party’s Tanga Tanga faction after Deputy President William Ruto called Raila Odinga a conman.

What started with a scathing press statement from Homa Bay Woman Representative Gladys Wanga on Sunday, May 19, spilled over to social media where the politicians tore each other apart as they debated on who the real culprits were in the infamous fake gold scam. 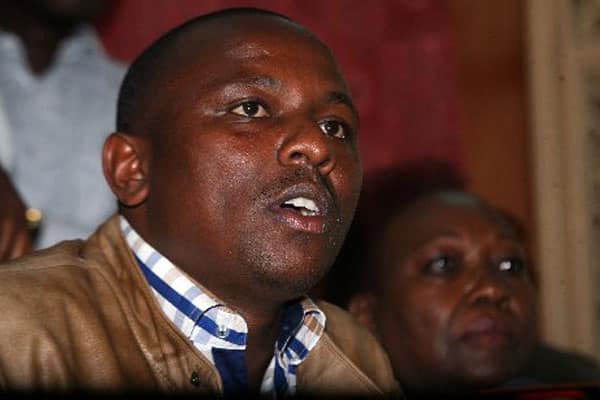 The latest Twitter face off pitted a fiery Kikuyu MP Kimani Ichung’wa against his firebrand Suna East counterpart Junet Muhamed, one of Raila’s close confidants, as the two clashed on who between Ruto and Raila is a conman.

“The evolution story a local political conman metamorphosing into an international fraudster hopping from Dubai to Morocco to Congo in quick succession.

Desperation at fever pitch! No hiding. No twisted narratives. Mtu abebe mzigo wake (let everyone carry his own cross),” Ichung’wah tweeted in veiled attack against Raila who the deputy president had earlier tried to link to the fake gold scam.

In a quick rejoinder, Mohamed fired back accusing Ruto of brazen looting of public resources and reminded Ichung’wa not to forget who the conman he was referring to really is.

“I hope you are not forgetting the local conman aka the hustler who has looted Kenyans dry and can only hope you from one place to another every weekend with a stipend of KSh 100k,” the Suna East legislator tweeted.

A few hours to the Twitter tirades from Mohamed and Ichung’wa, Homa Bay Woman Rep was also breathing fire and it was all about what the man from Sugoi called the former prime minister, once his party boss.

“For Ruto to call Raila a conman surely is a joke of the century,” a visibly angry Wanga said after reminding Ruto and allies that Raila held numerous positions in government but was never convicted of stealing poor neighbour’s land or indicted for building a hotel on government land.

The bitter exchange between Raila and Ruto’s camp escalated when Raila’s name popped up in a viral phone conversation between Bungoma senator Moses Wetang’ula and a Duba-based businessman who was asking questions about his gold consignment.

Also mentioned in the audio clip were President Uhuru Kenyatta and Interior Cabinet Secretary Fred Matiang’i, but the Tanga Tanga team seemed more interested in how Raila and by extension Matiang’i could have been involved in the fraudulent gold export deal.

In fact, the DP warned against dragging the president’s name into the gold scam even as he accused the ODM leader of being involved in the dirty business deals.

“Opposition people with their lies and corruption narratives they use to con people should not try to drag in Uhuru. We know the president as a straightforward and visionary leader who cannot be associated with such deals.

These are deals by political conmen who have graduated to fake businessmen trading in fake fake gold,” he said in Trans Nzoia on Saturday, May 18.