Delegates attending the 4th Private Sector Conference on Sustainable Inclusive Business were a little taken aback when they arrived for lunch to find their was no meat at the serving points.

Many of them were in for even a bigger a surprise when they learnt there was also no bottled water being served.

Apparently, all the delegates were advised to carry along reusable water bottles but it appeared as if many of them forgot to read the memo. 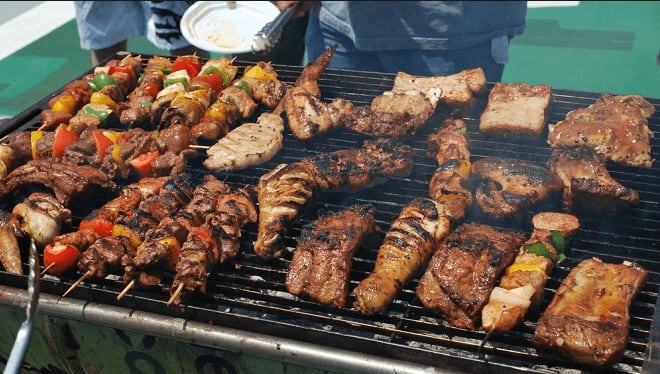 The delegates had reportedly been advised there would be no meat for lunch or bottled water during the meeting. Some of them did not take it seriously. Photo: CitizenTV.
Source: UGC

Karin Boomsma, the director of Sustainable Inclusive Business (SIB), said they were leading by example and that is why all their meetings are designed to be sustainable in the real sense of the word.

Organisers of the conference had arranged for a central water point from where delegates could refill their reusable bottles.

The aim was to avoid use of plastic water bottles which are known to block water ways and poison both land and aquatic life.

The meeting held at the United States International University (USIU) sought to, among things, influence and help shape policy, inspire businesses to think and act differently and spur citizens to lead within their own spheres of influence on issues of circular economy and sustainable inclusive business. 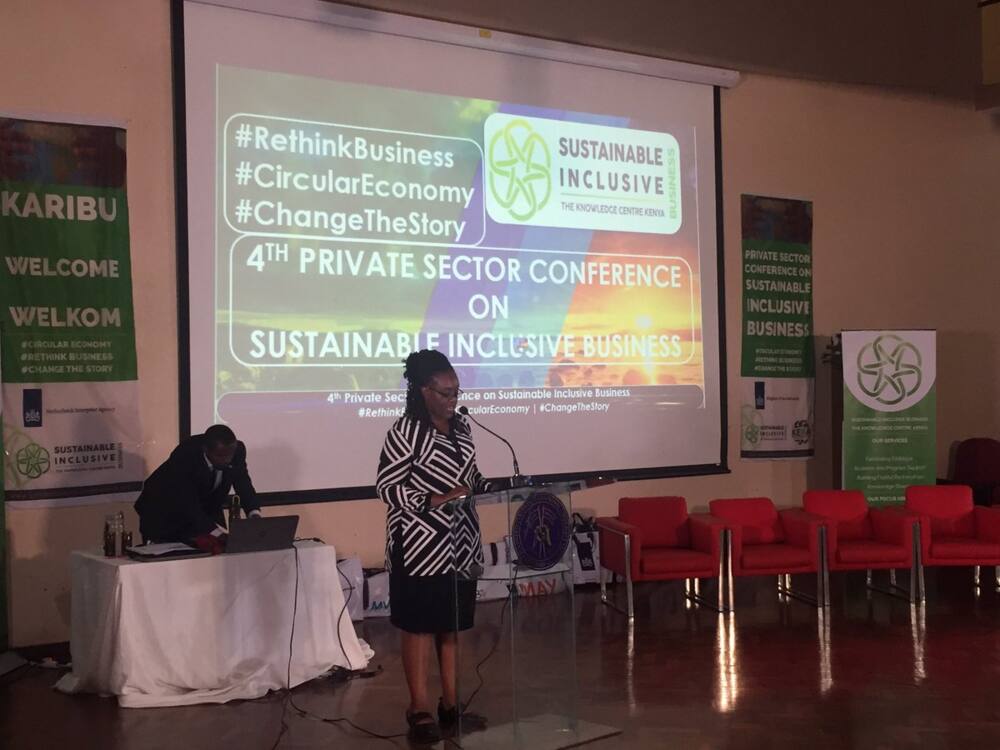 Organisers of business conference said they are leading by example and that was why all their meetings are designed to be sustainable in the real sense of the word. Photo: Zuri events.
Source: Twitter

She said the current economic model, Linear Economy was a threat to sustainability and without sustainability we cannot have a future worth looking forward to.

Linear economy is simply take, make, waste economic model. It is an out dated energy system. It assumes that resources are infinite and that irrespective of how we use them, they will always be there for the benefit of humanity.

She argued we have aggressively exploited natural forests which support earth’s ecosystem to create room for human settlements, provide us with fuel and building materials but mostly to satisfy our greed.

As a direct consequence, we now live in a rain depressed era where farmers can no longer plan when to prepare land or plant seeds.

Pastoral communities, on the other hand, have been losing their livestock every other year due to prolonged droughts. Despite the obvious crisis evident in water and food shortages in both urban and rural areas, the exploitation continues unabated.

On the plastics menace, Boomsma said, the problem was that there was no proper take back system which allows product users to give back used carrier bags, PET bottles and other waste in an efficient and convenient manner.

“Without such a system, most people holding plastic waste either burn them (if they have space), bury in landfills (if they have space), throw them in the neighbourhood garbage dump from where wind can blow them away or mix them with general waste for collection by private or municipal waste collectors,” she posited.

She emphasized the need for reusing, remanufacturing or recycling the plastic waste, especially PET bottle which are still widely used as packaging materials for lots of consumables.

Boomsma also ventured into the less talked about subject of Electronic Waste (e-waste), which is described as both an opportunity and “a growing and present danger”.

“In e-waste lies a goldmine for jobs creation, cottage industries, skills development and keeping potentially toxic waste from the environment,” she explained.

The SIB director added parts or whole of the old electronic gadgets can be used to make new electronic gadgets, and these parts do not have to be re-exported to other countries and the recycling or remanufacturing can be done right here in Kenya.

READ ALSO: Uhuru’s secret as he sets out to meet three powerful world leaders in a week

Circular economy, according to Boomsma, is about reaching that stage where there is simply no waste. Everything is put back to use within the same sector or in another sector.

Countries such as the Netherlands which are already implementing Circular Economy are also ensuring that materials, whether imported or made within the country, meet certain basic stands. This does increase cost at the beginning but in the end, it does ensure that the material or gadget can be broken into its different parts and reassembled or the parts used to make something else.

“With the world practically running out of raw materials, the future lies in circular economy,” concludes Boomsma.

The Girl With Four Jobs – On Tuko TV