Motorists to pay KSh 3,000 for each new high-tech number plates

– Correctional Services Principal Secretary Zainab said the motorist will have to pay KSh 3,000 for each oft the plates

– The computerised number plates will have anti-counterfeit features including holograms, watermarks, and laser markers

Correctional Services Principal Secretary Zainab Hussein has said that the government is targeting to replace the current vehicle number plates by January 2020.

He told the National Assembly Committee on Administration and National Security.Motorists will be required to pay KSh 3,000 for each of the new high-tech number plates. 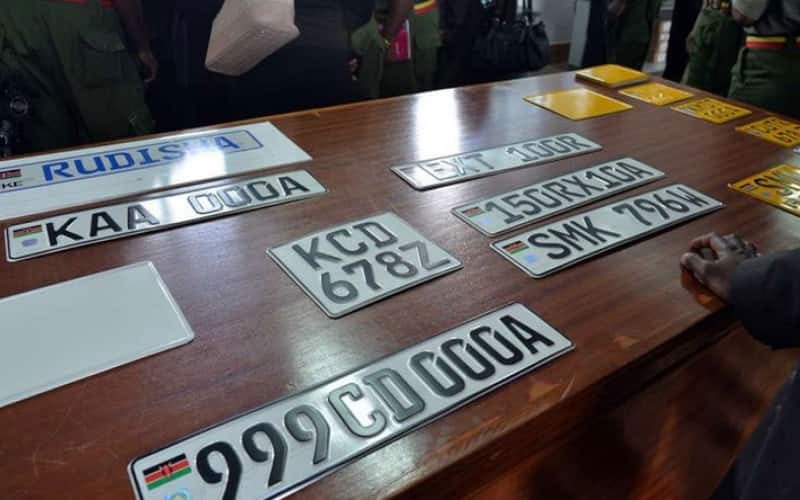 The push for the smart plates comes in the wake of increased duplication of the current ones by tax- evasion cartels and criminals, Business Daily reported.

“We have sent a team to go to three countries to design a system that uses our own local material to produce the securitised digitised new generation number plates by January 2020,” Hussein said

The computerised number plates have anti-counterfeit features including holograms, watermarks, and laser markers.

This will help police trace information on particular vehicles and their owners.

The new generation number plates were supposed to be rolled out in September 2015 but a legal hitch blocked the prisons department from picking a firm to supply smart number plates.

The National Transport and Safety Authority (NTSA) said it will directly issue a fresh tender to circumvent the hitch.

The NTSA earlier said it is not part of legal suit filed by one of the losing bidders for the contract to supply the new plates, arguing that this frees it to launch a fresh tender.

But the Public Procurement Administrative and Review Board (PPARB) annulled the tender following an appeal by Tropical Technologies.

The board ordered the Kenya Prisons Service to carry out the tendering process afresh, forcing MIG to sue.

The Girl With Four Jobs