Malala, Echesa released from custody, to appear in court over Matungu murders

– The two politicians were arrested on May 17 in connection with brutal murders in Matungu, Kakamega county

This was after the Director of Public Prosecutions (DPP) Noordin Haji directed the two suspects who were arrested in connection with the Matungu killings be set free with immediate effect. 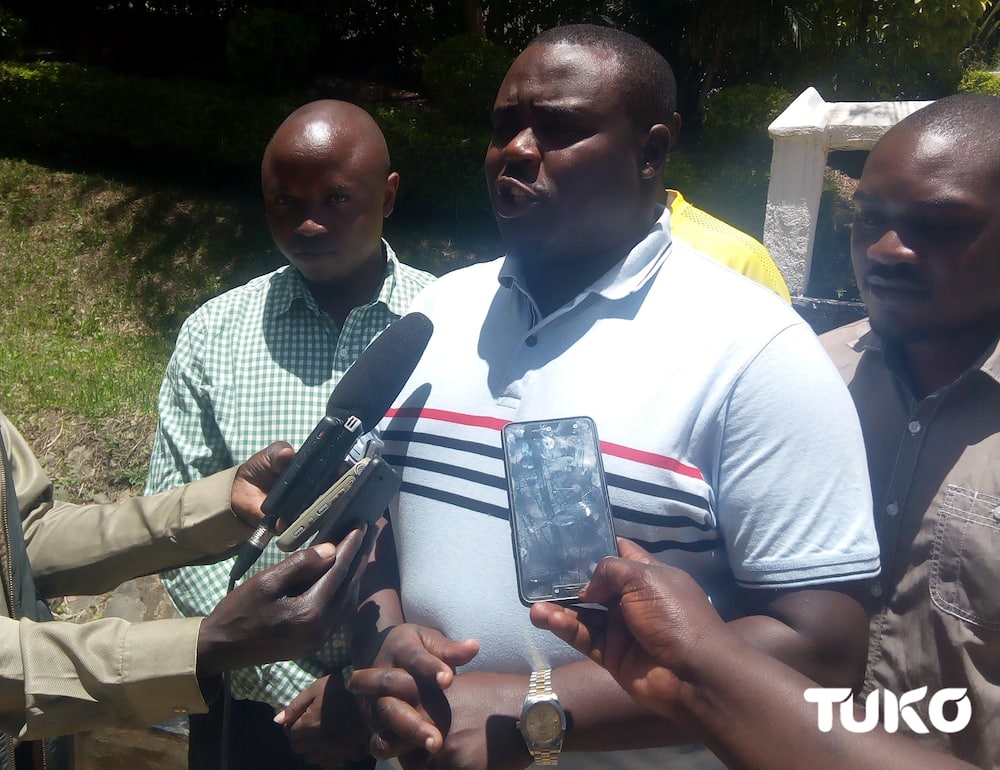 Kakamega senator Cleophas Malala and former Sport Cabinet Secretary (CS) Rashid Echesa were arrested on Friday, May 17, over the Matungu killings and have been in custody ever since. Photo: TUKO.
Source: Original

In a statement sent to newsrooms on Sunday, May 19, evening, Haji said he held a discussion with the Inspector General (IG) of Police Hillary Mutyambai and came to the conclusion that investigations was at advance stage but incomplete.

“The evidence gathered so far does not meet the requisite threshold. Consequently, I have directed the DCI through the IG to have the Matungu brutal killings investigated thoroughly and the resultant files be submitted to my office for perusal and direction.

In the meantime, I further directed that the suspects be forthwith released on P52 pending the said investigations and report back to police tomorrow ( Monday, May 20) at 10am without fail,” the statement read.

Malala and Echesa were arrested on May 17 and taken in for questioning over the deadly attacks by unknown assailants in Matungu.

Also arrested was Mayoni MCA Libinus Oduor whose ward was the epicentre of the chilling and bloody attacks.

Matungu had experienced a wave of mysterious night assaults in the recent months but the situation appeared to had escalated in the beginning of May 2019.

Matiang’i warned perpetrators to voluntarily surrender because they would eventually be smoked out.