The 56-year-old won three EPL titles for Chelsea during his reigns at the Stamford Bridge, but failed to replicate same for his last English club side, Manchester United. 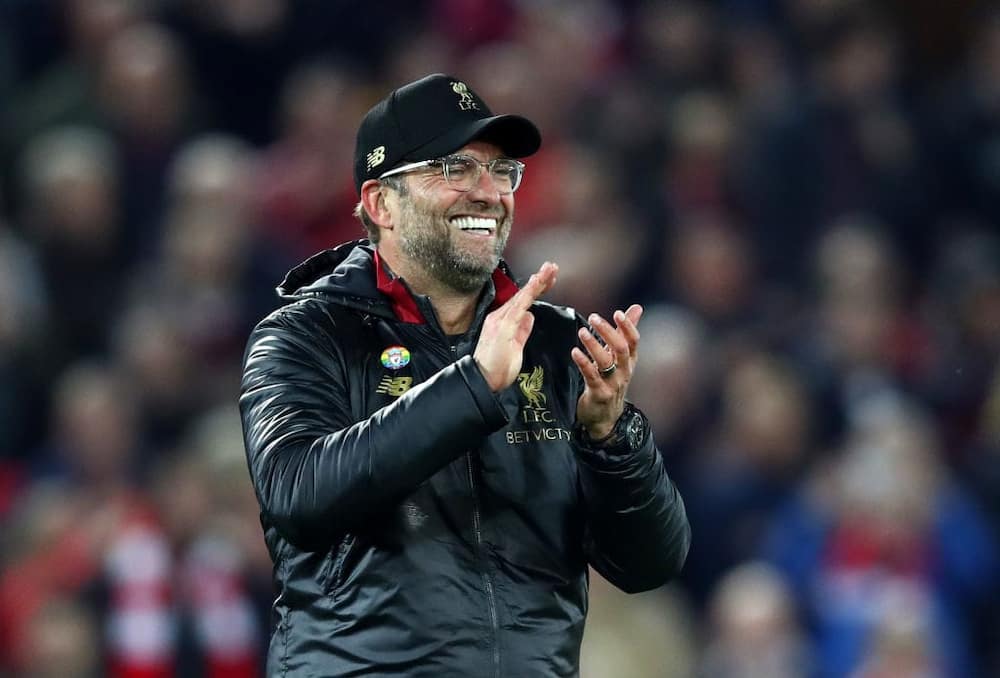 The 56-year-old won three EPL titles for Chelsea during his reigns at the Stamford Bridge, but failed to replicate same for his last English club side, Manchester United.
Source: UGC

Mourinho was shown the exit doors when the Red Devils were sinking on the log last December and is yet to get another job five months down the lane.

Meanwhile, the two time Champions League winner was quoted to have said that some managers in the league are yet to win any trophy, yet no one is mounting pressure on them.

And Klopp believes the former Real Madrid boss was right, having failed to win anything for Liverpool since he became their manager in 2015.

The 51-year-old will however hope he can change the status quo by winning UEFA’s elite championship title for his Premier League side.

When asked to react to Mourinho’s comment about some managers who are yet to win anything for their clubs, Klopp said: “He is right, that right, if he was talking about me, no problem but he is right.

“Absolutely, he is probably the best manager in the Premier League, and I have no problem with that honestly.”

Klopp further told SunSport that: “I don’t watch Jose Mourinho’s press conferences, or should I.

“So far I have no clue what you are talking about but to be honest, if he said I didn’t win anything outside Germany, then he is right.”

Klopp has already lost two Champions League finals – 2013 and 2018, and the German will be hoping to avoid a repeat of that occurrence in Madrid next month.

The German born tactician qualified for his first ever UCL final during the 2012-13 season, but his Borussia Dortmund armies were beaten by Bayern Munich of the edition.

Five seasons after, the 51-year-old lost once again as Liverpool failed to lift the title after suffering a 3-1 defeat to Real Madrid in Kiev in May 2018.