Kisumu Girls on the spot after Form one student dies mysteriously ▷ Tuko.co.ke

Police detectives are investigating the death of a Form One student at Kisumu Girls High School who died on Friday, May 10.

Anastasia Chepkemoi is reported to have died at Kisumu County Hospital where she was rushed after she was found unconscious by her fellow students as they went for breakfast. 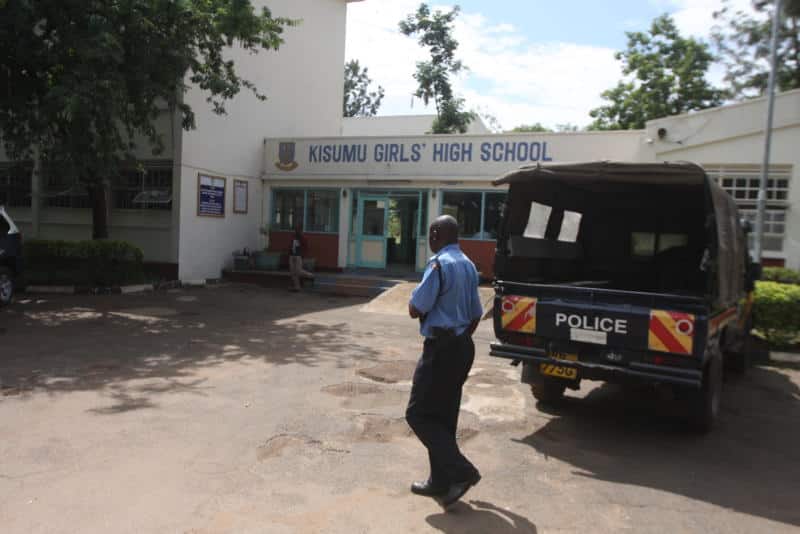 Police detectives are investigating the death of a Form One student at Kisumu Girls High School who died on Friday, May 10. Photo: The Standard.
Source: UGC

The death of the 13-year-old student was confirmed by Kisumu Sub-County Director of Education Charles Angienda who said the officers are working to unravel the cause of death, Citizen TV reported.

According to Angienda, the deceased is reported to have woken up as usual and joined her fellow students in class for studies in the wee hours of the morning.

However, as the students left for breakfast, they realised that Chepkemboi was not standing up from her desk.

When they discovered that she she was unconscious, one of them reportedly rushed to the school matron and narrated what had happened.

A school van was dispatched and the student rushed to the county hospital that is situated a stone-throw away from the school compound.

According to Angienda, the student died at the hospital while doctors were attempting to resuscitate her.

However, according to the Nyanza regional police Commander Vincent Makokha, the student had been on Malaria drugs since the school reopened for second term.

“The school management has told us that the girl had been on the drugs before she came to school but had forgotten her drugs at home,” he said.

The school, therefore, continued her on the dosage she said had been prescribed,” he added.

The girl with a hole in her heart – TUKO TV