For instance, President Uhuru Kenyatta and Opposition leader Raila Odinga were once bitter rivals who could not see eye to eye; now they are good buddies, and the former governor of Bomet fears his namesake Deputy President William Ruto may be in for a rude shock if he thinks Uhuru cannot abandon him. 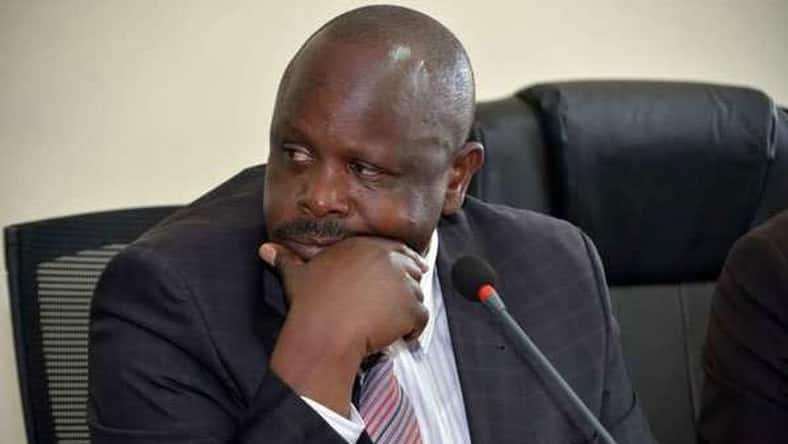 Chama Cha Mashinani (CCM) party leader Isaac Ruto on Wednesday, May 22, advised DP Ruto, to start thinking about plan B and not to bank on Mt Kenya if he wants to become president. Photo: Pulselive.
Source: UGC

Having been in the game long enough to know better, Ruto who was speaking to KTN on the night of Wednesday, May 22, advised the DP to start drafting a plan B if he is still keen on taking a stab at the presidency come 2022.

According to the former governor of Bomet, the DP should start talking with other political heavyweights in the country because there is no guarantee he would receive an endorsement from Uhuru or votes from the vast Mt Kenya region.

The ex-chairman of the Council of Governors (CoG) warned his namesake against making political deals with light weights with no political clout or significant influence in their own backyards.

“You cannot take seriously some of these MPs he spends most time with. These are first-timers who have just arrived on the scene. You know that 70% of them will just dissipate when the bells are sounded.

For instance, how many of the MPs can stand up to Uhuru in Murang’a county? If he tells them to shut up they will all shut up in one day,” the CCM leader argued.

He claimed most of the leaders his namesake have as allies from the Central Kenya region will most likely ditch him when the race to State House officially kicks off.

The CCM leader suggested the DP would be better off if he forged political alliances with more seasoned Opposition leaders like ANC boss Musalia Mudavadi, Wiper leader Kalonzo Musyoka and Ford Kenya’s Moses Wetangula, otherwise his dream of ascending to power will remain just that, a dream.

READ ALSO: I’m Kenya’s only deputy president and will move to every region – William Ruto tells off critics

The former governor emphasised Mt Kenya leaders cannot be trusted 100% when it comes to General Election, and therefore it would be a huge mistake for Ruto to bank on their full support.

“We are not new in this country. We have seen elections…Mt Kenya region will play all sorts of games in between and in the last three weeks they will decide where to vote. They will not tell anyone, you will only see the results,” the former CoG boss argued.

The DP who supported Uhuru’s presidential bids in 2013 and 2017, is presumed to be the Jubilee party’s 2022 presidential candidate and is hoping the president will return the favour when time comes.

However, since entering into a peace agreement with Raila on March 9, 2018, following prolonged, chaotic and divisive electioneering period, Uhuru has remained mute on whether or not he is still supporting his deputy’s presidential ambition.

The president left Kenyans even more confused when he indicated his choice of a successor will surprise many.

He has on various occasions asked politicians to shelve politics and give room for service delivery and development.

His deputy nevertheless continues to sell his 2022 bid in different parts of he country.