Former Machachari actor Ian Munene, alias Almasi has reignited rumors that he might be attracted to the same sex after he shared an extremely suggestive message on his Instagram.

Almasi has been the subject of controversy for the past few years ever since he left the child-show and moved to England where he has tried his best to just be himself.

Being himself has at times played against him, however, as he has been constantly attacked for the way he chose to portray himself on social media. 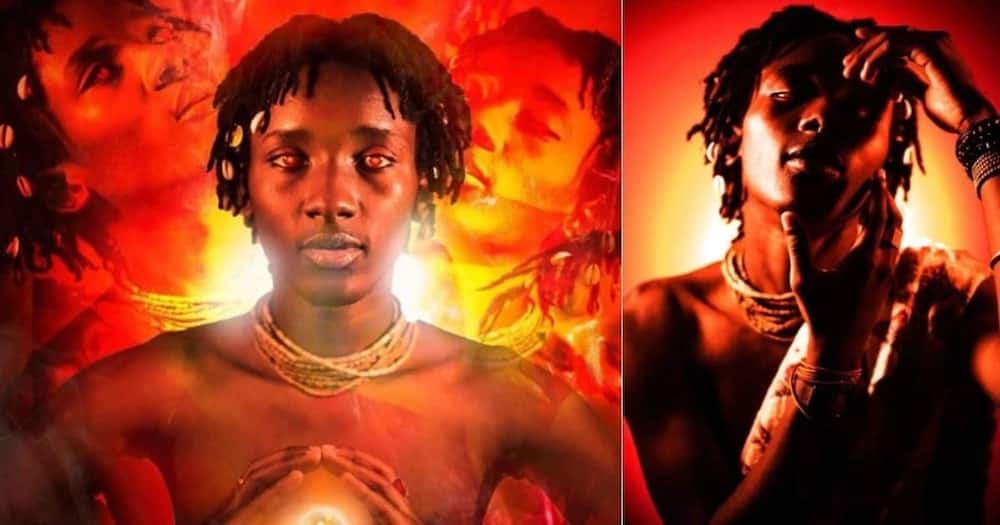 From gobbling down beer and sharing on social media to cross-dressing in bizarre fashion, Almasi definitely knows how to rattle fans who initially came to love him as an adorable little kid from the show Machachari.

On the question of whether he is attracted to people of the same sex, he has consistently maintained he is as straight as they come while at the same time reiterating he was free to live however he deemed right.

Despite denying gay allegations, his latest photo seemed to once again leave fans questioning whether he was sure of his sexual orientation.

In the photo seen by TUKO.co.ke, the young lad is hanging out with a Caucasian man and the caption left a lot of questions than answers.

READ ALSO: Former Machachari actor Almasi explains how he deals with heavy criticism of his lifestyle

“Get you someone who makes you laugh like this,” the caption read.

Now this may simply be an innocent caption but no one gave netizens the memo as they were quick to place the message in context.

Usually the “Get yourself someone who” reference is usually used in the context two lovers as a form of praising a certain trait of one’s better half.

In that sense, it was interpreted that Almasi was over the moon because he found someone who could make him overly hysterical with laughter.

The manner in which he posed in the photo was also very suggestive and netizens were unforgiving in their assumptions.