The Energy and Petroleum Regulatory Authority (EPRA) has issued a stern warning to retailers notorious for hiking cost of fuel beyond the prices approved by the regulator.

The authority called on members of the public to stay vigilant and report anyone retailing petroleum products above the recommended maximum prices. 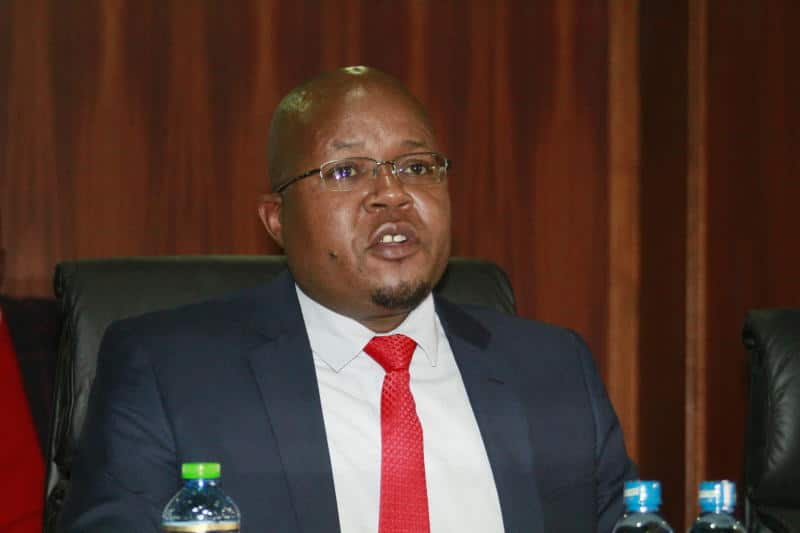 EPRA headed by Robert Pavel Oimeke on May 15 warned retailing fuel above maximum prices set by regulator could earn you not less than one year in prison or KSh10M fine or both. Photo: Nation.
Source: UGC

In a thread of tweets posted on Wednesday, May 15, the regulator warned those found selling the product above the recommended prices would risk an imprisonment term of not less than a year.

“Persons capable of retailing petroleum products above the maximum prices set by EPRA could also face an imprisonment term of not less than one year.

We urge consumers to be vigilant in reporting retailers selling petroleum products above the maximum levels to the nearest authorities or to EPRA through 0708 444 000,” the authority tweeted.

According to EPRA, the Petroleum Act 2019 introduced stiffer penalties for persons convicted of retailing petroleum products above the maximum levels.

“One will now be liable to a fine of not less than KSh 10 million. Previously under the Energy Act 2006, the fine was up to 1 million,” the authority clarified.

The regulator on Tuesday increased the prices of petrol, diesel and kerosene by KSh 5.43, KSh 2.24 and KSh 2.40 per litre respectively.

The pump prices have risen steadily in the past three months during which the cost of kerosene has increased by KSh 7.63, diesel KSh 8.31 and super petrol KSh 8.31 per litre.