Deputy President William Ruto has said he is not expecting support from Mount Kenya region as a way of President Uhuru Kenyatta reciprocating the support he received in Rift Valley. 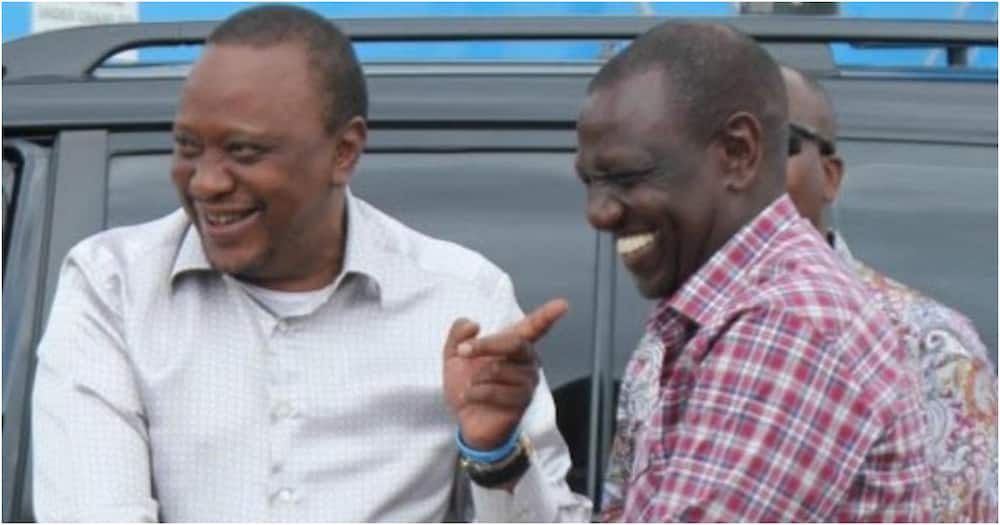 The deputy president also noted he will retire alongside Uhuru in 2022 if his presidential quest fails.
Source: UGC

Ruto was speaking during a radio interview on Thursday, May 23, where he said his relationship with the president was intact and that the party was still united despite a few discordant voices.

.“I am willing to retire alongside President Kenyatta if I do not get elected by Kenyans. It is not a must that I become president, it is up to Kenyans to decide, this is democracy,” Ruto said.

“I have said before and I want to repeat again that there is no region in this country that owes me anything. There is nothing like repaying a debt that some people have been talking about,” said Ruto.

At the same time, Ruto acknowledged that there are people connected Uhuru who are not comfortable with him but noted he will not let them distract him.

“We are leading a government which is bound to have people of different characters. There are those who are sly and cannot be trusted,” said Ruto

While emphasising that he was fully behind the handshake between Uhuru and Opposition Leader Raila Odinga, Ruto however stressed that the handshake should not be used to instill fear among people.

“I support the handshake not due to fear, but because I believe in the unity of this country,” he said. The DP also averred that he would never allow violence to occur over a presidential election.

He maintained that in the event he losses in the 2022 race, besides retiring alongside Uhuru, he could also be active in the opposition as he would never contest the will of the people.

“One problem we have as a country is leaders who refuse to lose elections. If I am defeated, I will rather be in the opposition. There shall be no demonstrations or shambolic swearing in ceremonies,” he said.

Expressing agitation, Ruto said his relationship with the President was cordial, and that he was best suited to carry out the president’s agenda while telling off MPs who are against him to join the opposition.

“These MPs in Kieleweke cannot teach me to respect the president, I have stood beside him since 2002. They have made no contribution to the government. We have been together since our days in KANU. That is over 20 years,” he said.

Pembe And 26 Other Unga Brands Banned by KEBS

Emirates to Hire 3,500 employees to support its operations ramp-up