A new survey has revealed majority of Kenyans do not think President Uhuru Kenyatta’s Big Four agenda will be realised by 2022 when Uhuru is expected to retire and corruption is to blame.

The survey also found 87% of the citizens were unhappy with the direction the country’s economic was going and also dissatisfied with the government’s level of commitment in the ongoing fight against corruption. 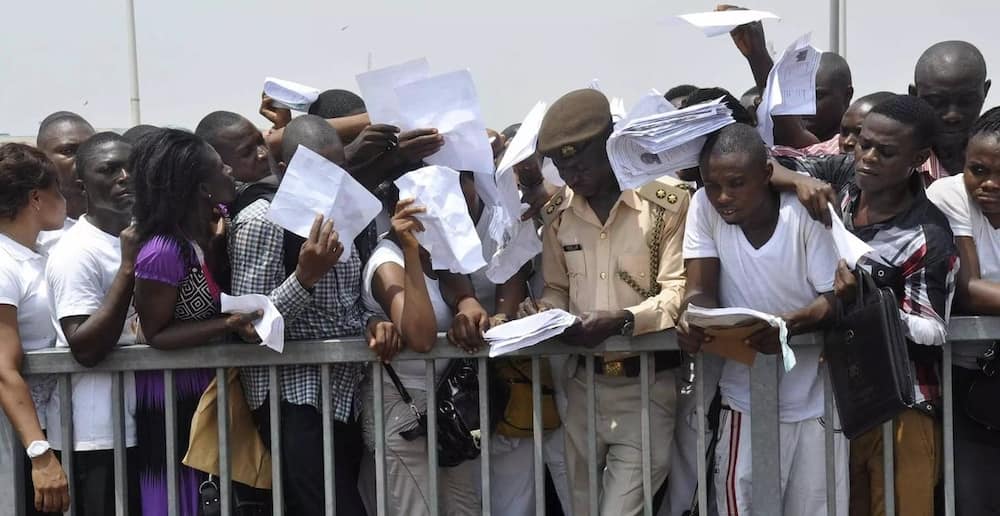 The study by Twaweza found 82% of Kenyan citizens were dissatisfied with the country’s direction on job creation. Photo: TVCNews.
Source: UGC

The report published on Monday, May 20, by Twaweza, an independent East African think tank, showed 77% of Kenyans believed corruption was the main reason why the Big Four agenda will not succeed.

“Other factors are named by far fewer people (politics – 13%, bureaucracy – 5%). Nonetheless, 14% of Kenyans say that nothing will derail the agenda,” the organisation said in the report titled The Big Four Agenda: Kenyans’ views on current public policy issues.

On the social and affordable housing pillar of the Big Four agenda, Kenyans had varied views but majority believed it would largely benefit the rich, politicians, civil servants and urban poor as opposed to the majority poor.

This view may reflect the fact that housing shortages and challenges are generally more acute in urban areas.

However, two (2) out of 10 citizens (19%) say politicians, civil servants and the rich will benefit, which is again in some ways linked to perceptions about corruption,” the report indicated.

On the food security agenda, about 40% of the citizens are expecting the government to reduce the cost of food or to lower the cost of farm inputs and use local fertilisers.

The share of people who provide more specific suggestions around farming is similar to that of those who make their primary living from crop farming (33%).

Other interesting ideas suggested by the citizens were enhancing large scale production; using idle arable land; incentivising the use of technology to reduce post-harvest losses; and forming a working group to coordinate irrigation.

On the issue of manufacturing, the study showed 63% of Kenyans were of the view that investing and creating opportunities in the agricultural sector would enhance manufacturing.

“Other opportunities are also mentioned by less than one out of ten people including construction/materials (7%), textiles (6%), and extractive industries (5%),” the researchers noted.

Then finally there was affordable health care agenda and on this 50% of Kenyan citizens strongly believed increasing productivity and reducing costs in the National Hospital Insurance Fund (NHIF) would benefit more people.

Twaweza said the findings were based on data collected from 1,637 respondents across Kenya between November 21, and December 17, 2018.

The creator of PDF, Chuck Geschke has ‘signed out’