City lawyer Ahmednasir Abdullahi has come to the defence of Opposition leader Raila Odinga over accusations he was one of the masterminds of the fake gold scam which saw investors from the United Arab Emirates (UAE) lose more than KSh 250 million.

The Grand Mullar as he is sometimes called termed as malicious claims by a section of politicians that the former prime minister was a beneficiary of the fraudulent gold export deal that is causing diplomatic tension between Nairobi and Dubai.

READ ALSO: ODM, Jubilee MPs embroiled in ugly spat over who between DP Ruto and Raila is conman 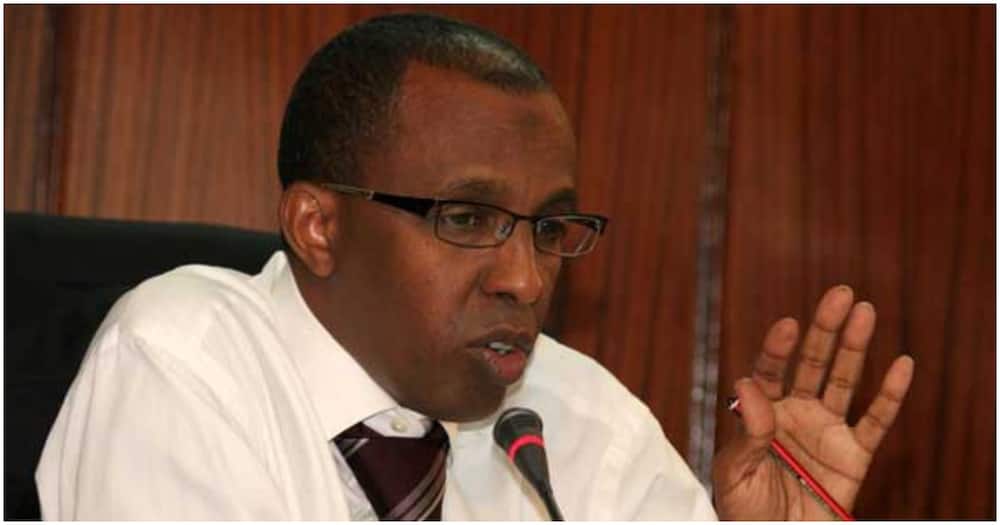 Ahmednasir Abdullahi who is generally not a huge fan of Raila Odinga read malice when a section of the political class tried to link the ODM party leader to the fake gold scam. Photo: Nation.
Source: UGC

Reacting to a story by one of the local dailies which indicated the Opposition chief and President Uhuru Kenyatta recently met prime minister of the UAE Sheikh Mohammed bin Rashid Al Maktoum in Dubai, Abdullahi argued it was wrong to associate Raila with the gold scam.

“I think it’s malicious to link baba (Raila’s other name) to the gold scam…he recently met the Dubai ruler as a co-equal…” he tweeted on Monday, May 20.

According to the report by the Standard, Uhuru and Raila secretly met with the Dubai ruler during which concerns were raised about delays in exportation of multi-billion gold consignment belonging to the Saudi Royal family.

Sheikh Mohammed bin Rashid Al Maktoum was alleged to had shared with the president an audio phone conversation between Bungoma senator Moses Wetang’ula and Ali Zandi, a representative of the Royal family.

In the audio, Zandi who runs gold trading company called Zlivia based in Dubai could be heard demanding for answers from Wetang’ula regarding the whereabouts of his gold.

Both Uhuru and Raila were mentioned in the now controversial phone recording which went viral on social media after it was leaked by someone privy to the costly gold export deal.

The president and the ODM leader, currently African Union (AU) High Representative for Infrastructural Development, are understood to had made a stop over in Dubai on their way back to Kenya from China where they had gone to attend the Belt and Roads Forum.

Even though Raila reportedly travelled to Beijing in his capacity as the AU High Representative for Infrastructural Development, a section of leaders appeared to suggest the ODM leader was in Dubai to facilitate the fake gold scam.

“They boarded planes to Dubai and did what they did, they need to answer real questions and carry their own cross. That is how things are, no other way out,” Deputy Preisdent William Ruto said on Saturday, May 18.

Interestingly, the DP exonerated the president from any wrong doing and warned Opposition leaders not to drag his name into the fake gold scam.