At least 10 people have been confirmed dead and several others injured after a bus headed to Wajir town from Nairobi rammed into a trailer along Mwingi-Garissa road.

Reports reaching TUKO.co.ke indicated the accident happened on the night of Sunday, May 12, at around Tula area located between Garissa Town and Bangal. 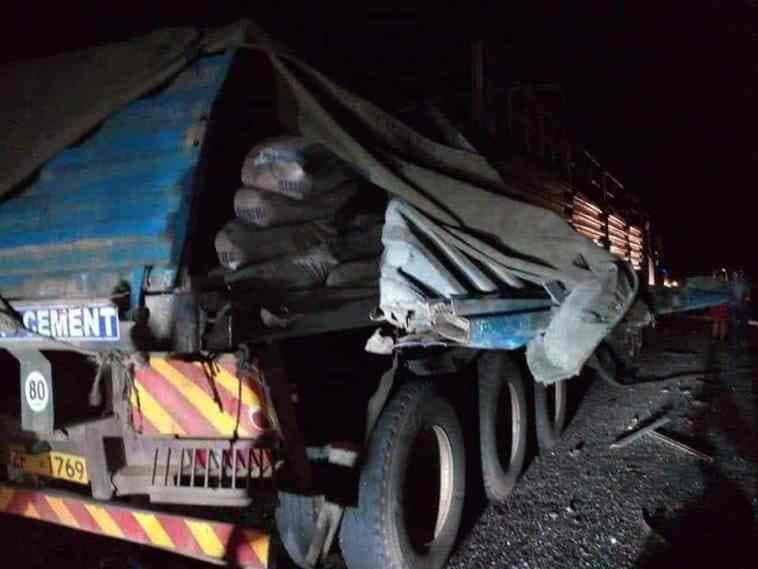 The fatal accident happened on Sunday, May 12, night at around Tula area between Garissa Town and Bangal. Photo: Nation.
Source: UGC

The bus belonging to Nasib Sacco rammed into a trailer transporting cement and which had stalled on the road.

Confirming the accident, North Eastern regional commissioner, Mohamed Birik, said they had launched investigations to establish the exact cause of the tragedy although he suspected it was as a result of the truck that was stationed on the road.

Those injured were rushed to Garissa Referral Hospital and others to health facilities in Tula.

There is fear the death toll could rise as some of the passengers suffered severe injuries in the night accident.

Road fatalities have increased in 2019 compared to those recorded in the previous year going by the National Transport and Safety Authority’s recent statistics.

Is your girlfriend/ boyfriend allowed to touch your phone? – On Tuko TV

How a ‘dead man’ withdrew Ksh18.5 million from Absa Kenya

How Rogue Car Dealers are Colluding With Thieves to Swindle Customers

Opinion: Why Young ICT innovators in Africa are Struggling